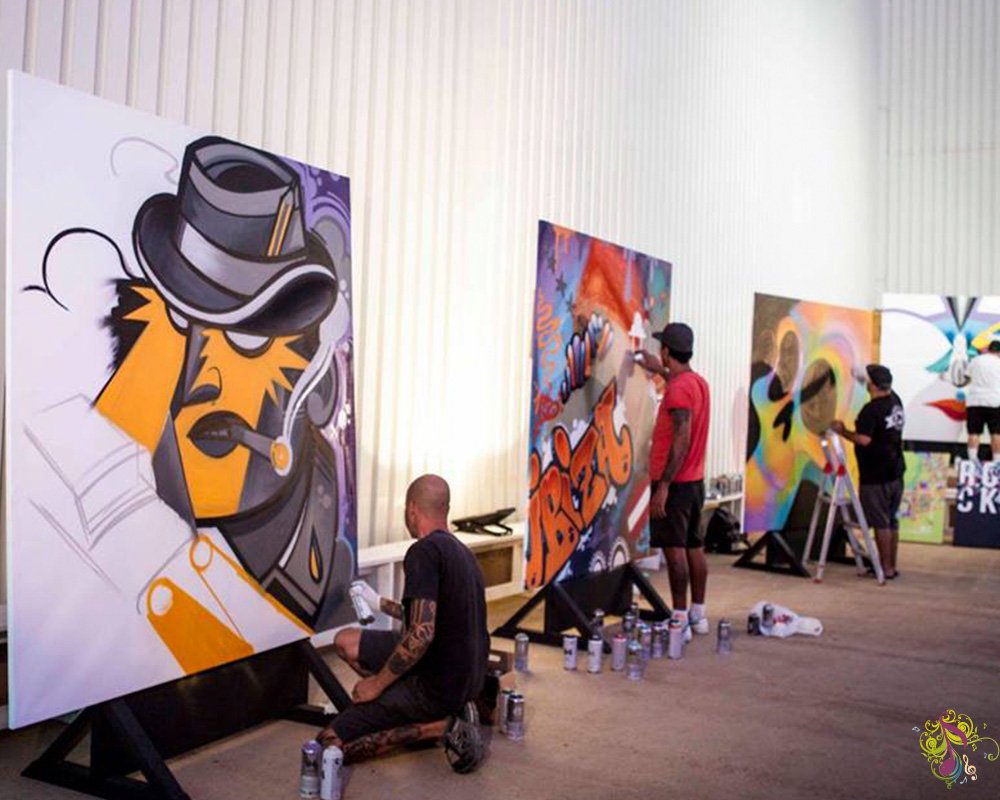 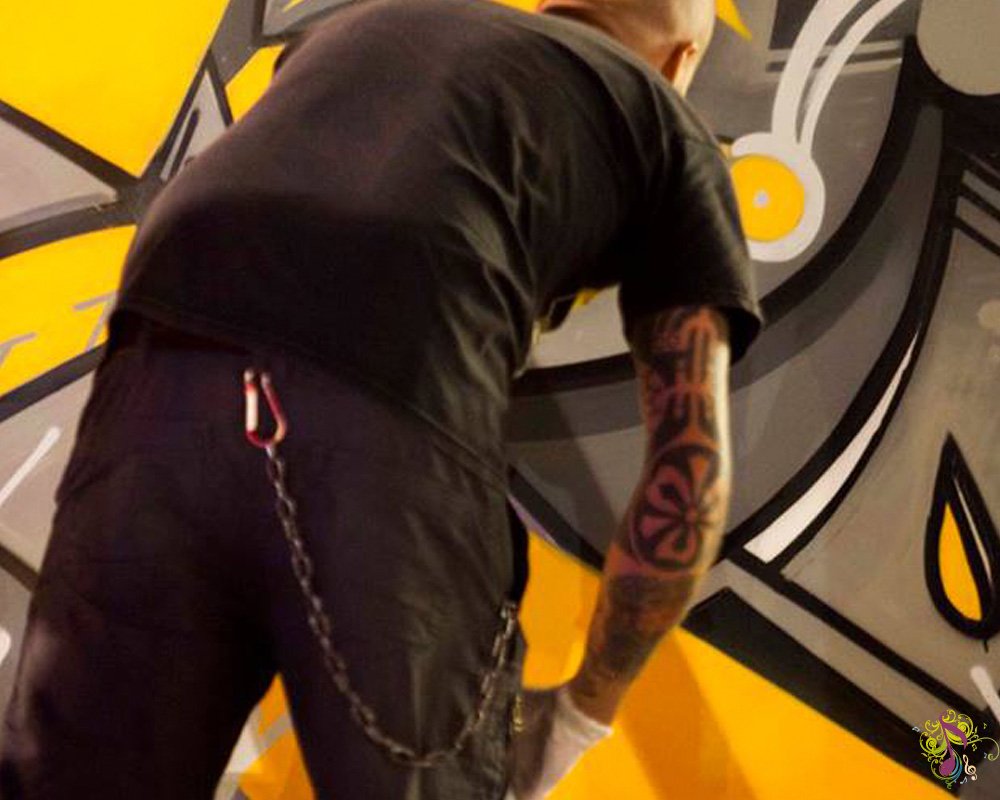 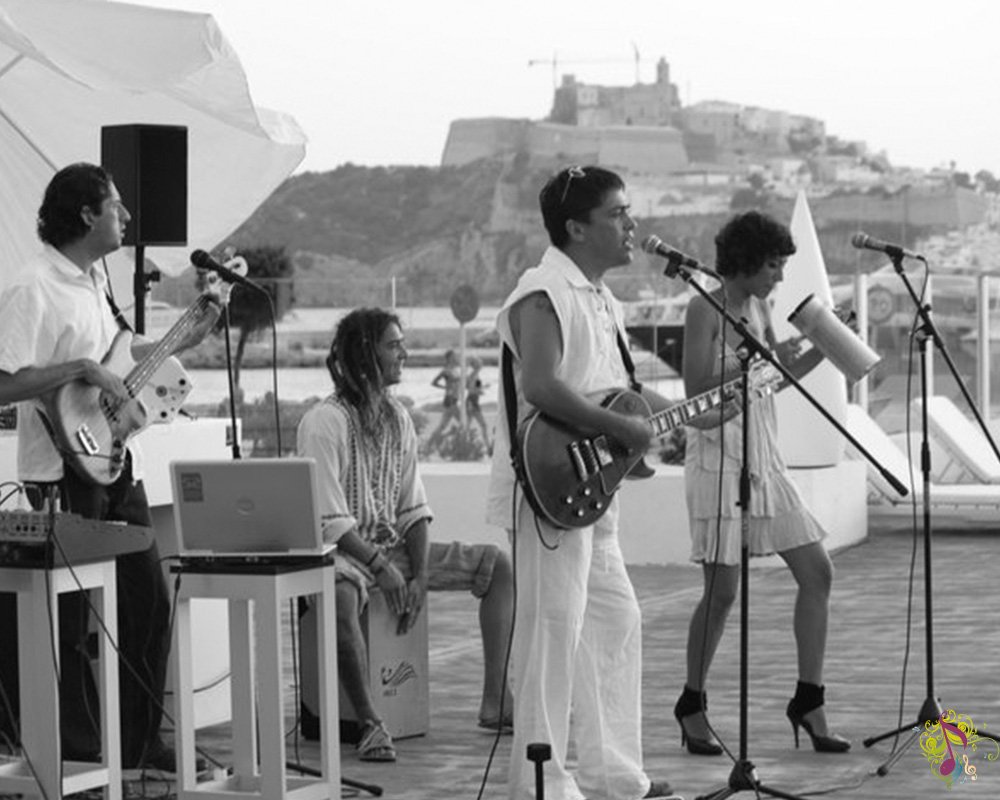 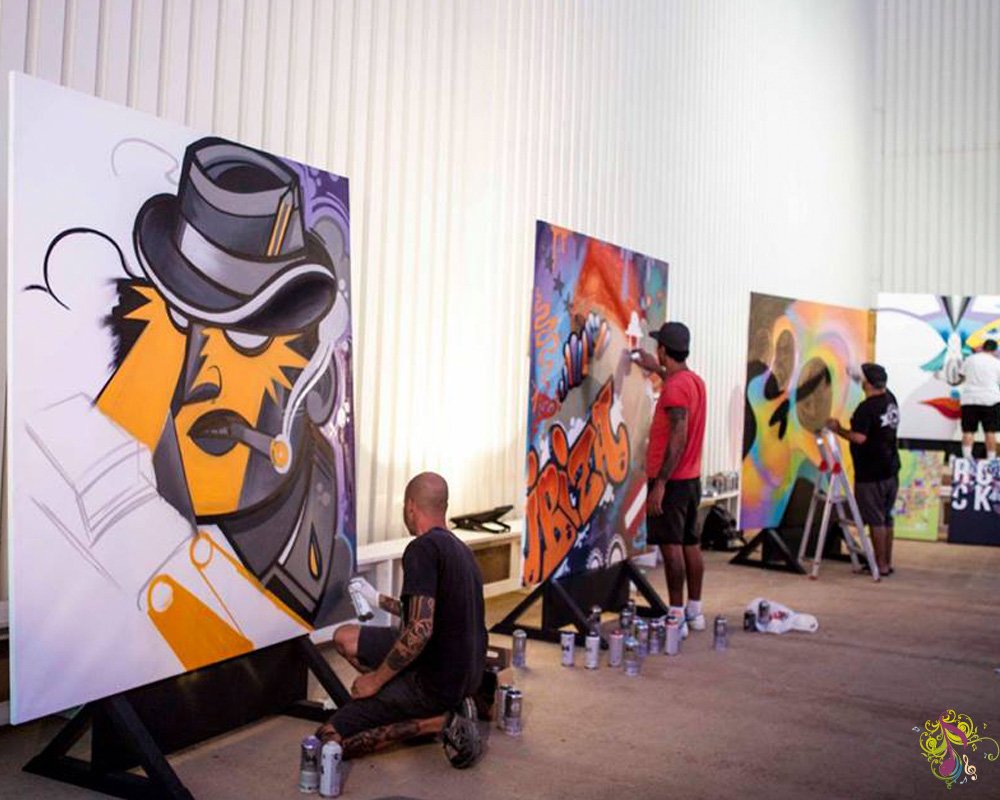 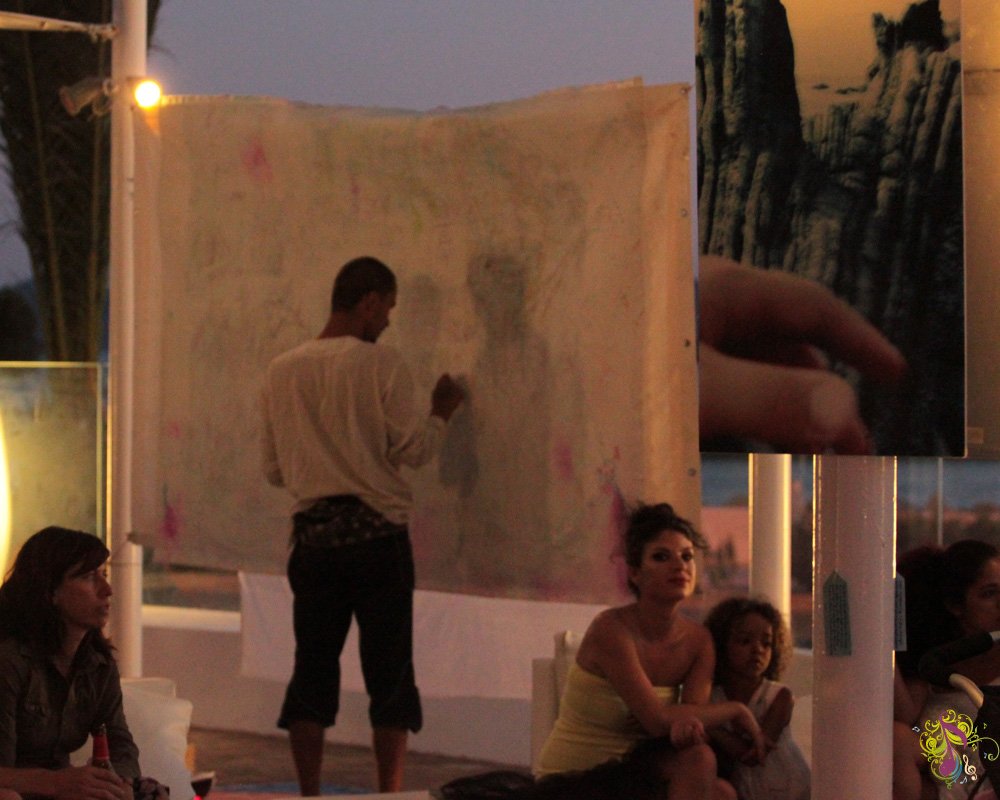 The first FANTASIA GROUP SHOW event took place in Hotel CORSO in Marina Botafoc in Ibiza. Back in 2011, the hotel hosted Gospel, Funky, Jazz & Soul, Cumbia concerts with live painting as well as photography and dance- theatre shows during sunset. The challenge of merging different art discipline around a swimming pool in the “Ibiza Fashion” scene was accomplished

Soon after that, restaurant NAGAI, in the heart of the island, commissioned FGS to organize a personal art exhibition for “Sola” a renowned artist in Ibiza not only for her art but also for her support of other residents artists.

In 2012 Lucia was a member founder of TeTRA, a farming warehouse converted into Art workshops by Xabi Soler, giving place to the creation of an art collective of varied styles. Within a short time, the collective gives place to the Art and Culture Association – TeTRA Ibiza with the clear objective of sharing art, expression, moments, and life. Lucia is currently Vice President of the Association.

TeTRA art association has successfully produced and sponsored live events, workshops, seminars, and many other happenings in a space open to all.

In 2013 Lucia beings to collaborate with ELEMENTS Ibiza beach Club and since then organizes events under the Fantasia Group Show name, as well as continuing her eclectic Djs set as LucyBee

In a brief period of time, Lucia becomes the Artistic Director for the famous restaurant in Cala Benirras, and together with Elements owner, Kiko Malcarne, they organize events all over the place. “…at any given moment an artist may appear inside the restaurant or from the beach to play with one of the clients transforming the dinner into a fun and interactive, conscious moment” (Elements Ibiza client)

In 2017 PLAYASOL Hotels group selected FGS to provide high-quality onsite entertainment for their guests with various daily events throughout the season.

HEART Ibiza, the most glamour club in Marina Botafoc, subscribed the production content with FGS for the Elements Ibiza theme parties held at the club throughout the 2017 summer season

SAVE & ACCEPT
Go to Top